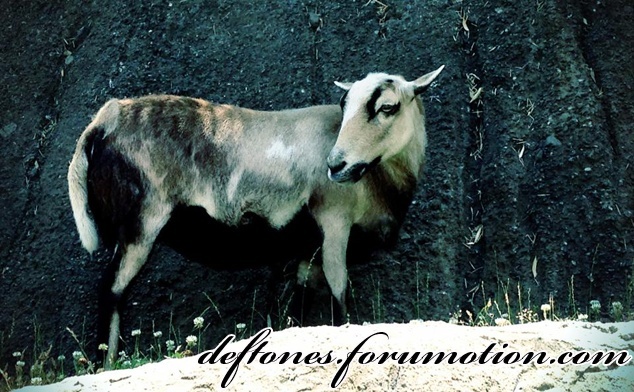 Watched Seven Psychopaths twice this week, and I really liked it. I knew a movie with both Christopher Walken and Tom Waits in it would have to be good.

I think it was difficult to see what was actually going on during the chase scene. I think it was sloppy. Chase scenes are difficult to pull off well. Because they're moving there has to be a decent awareness of area at the same time that the crashes are going on, like with martial arts.

I think Stoker comes out this week. I hope it's playing in San Diego. I've wanted to see this so bad.

Saw Bedevilled, the South Korean movie. It's good. There are a couple loose ends/unexplained happenings that really don't make any sense but overall it's good. Good acting, very unlikable characters, good ending but drawn out.

Watched both Perks of Being a Wallflower and Argo last night. I really liked them both, even though Perks made me feel like a pedo because I really would fuck the shit out of Ezra Miller.

The Hunger Games was the midnight movie last night. I really enjoyed it! I had heard complaints that it was slow to begin, but I liked the set-up even if it took an hour. It was good character development and it really sedimented what the mythology of the movie was.

Stoker - Really enjoyed this one. It as some incredible shots, lighting, and some good monologues/quotes. Awesome sensory stuff too. I love that this is yet another sociopathic coming of age story that centers around young women this year like Excision, and Carrie. Watch this one.

No - I enjoyed it. I don't think the stylistic decision really added anything to it, but it did a good job of melting in actual footage so it's not necessarily a bad decision. I love Gael Garcia Bernal, so that definitely helped. The story itself ignored a lot of what actually happened but if you understand that it's a fictional account of one aspect of an actual historical event well then it's just fine. I really liked that they included actual footage. You could tell when the shots were authentic but I liked that.

Olympus Has Fallen was Last Ounce of Courage with a budget and in the white house. What an over the top patriotic piece of garbage.
Some of the action scenes were pretty good and I'm glad it was so bloody and violent, but when someone wasn't dying it was just poop. The score was cheesy as fuck, every shot of the flag was hilarious.

I rewatched Basic Instinct two nights ago... and it's now tied with Alien as my co-favorite movie. Incredible.

Someone go see Spring Breakers for me, then let me know if it's worth seeing.

The first trailer I saw made it look like the most pedantic glorified shit, but I've read that it can be fairly subversive and questions aspects of society, meanwhile you could possible read the opposite of it too. Hmm.

If you only want to see tits and ass, funny cheesey white people, and exploitation that's exactly what you'll see. But I love that the movie seems to say SO MUCH as well. About sexuality, race, performance, coming of age, etc. The score really worked for it, the cinematography was great. Everything just looked good. The repetition throughout the movie, and present in the trailers, really works.

Spoiler:
I really didn't want to take this movie at face value. There are some humorous parts that I think want to elicit laughing, but it is an uncomfortable laughter because it's not necessarily funny. For example, Alien's character. Or Britney Spears. I think the scenes with her music were great. The first time it seemed silly and contrived, but as the movie develops it becomes a great tool to describe exactly what they're going through and experiencing and in a language that probably related better to the characters than anything in academia.

At face value, you can think of Faith as a racist or intolerant character but I really don't think that's the case. Her actions do not make her racist, just like the actions of the other girls don't make them not-racist.

I read some articles that related their use and performance of sexuality as something to satisfy the men present before them, and while that may have some grain of truth, I think this is again a face-value reading. I think their characters are a lot more complicated than simply wanting to satisfy the male gaze. They're also strong characters, if not suicidal, who happen to enjoy this performance when there are no men around. I suppose you could say that in some instances they hold the male gaze, so men aren't necessarily needed, which is a fair point.

Again, I love these sociopathic coming of age stories with female leads.

I'm gonna be seeing it probably this week. I've been pretty anxious to see this for a long time.

my friends and i saw evil dead... they thought it was horrendous. i was like LOLWUT??? what did they expect? its a movie about a cabin in the woods with possessed people! it wasnt the scariest or goriest movie but it was enjoyable and looked pretty gorgeous. the trailers definitely built it up a lot more and i was disappointed some of the footage in the trailers didnt make the cut.

i said the after credits scene out loud before it aired and i nailed it. "its probably bruce saying groovy lolz" /sadface

Trouble with the Curve was really fucking bad.

Still have yet to see Spring Breakers. Hoping for next week.

Considering what it was supposed to be Evil Dead was great. It could have used an extra 30 minutes of run time though to alleviate some of its flaws. Overall though the horror was everything you could ever want and more. The characters and exposition could have used a lot of work... but that's not what you go see Evil Dead for.

Finally saw Spring Breakers. I feel really weird about it. Lots to like, and some stuff that makes me wonder if I liked the movie at all. I guess I'm just not sure how to even look at the movie. I don't really grasp the intent. As a comedy, it sorta works. As social commentary, I'm just not sure. It doesn't really hit the nail on the head as either, but it's close.

Went to the local secret film fest.
Mud
The Lovely Ones
Sight Seers
John dies at the end
kiss of the damned
100 bloody acres

Soylent Brown wrote:Why not both?

I mean, I could definitely see it as both a comedy and a social commentary, but by the end of it, I'm not entirely sure the film isn't simply a vehicle for Ashley Benson and Vanessa Hudgens to declare their "badassness" to the world.

I saw the movie with a friend of mine who fits the profile pretty closely. She's an actress, model, and she's been in and out of jail several times in her late teens, and carries an edge about her. Basically, she's the kind of person who could easily be part of Vanessa Hudgens/Ashley Benson's entourage. Being that I came out of the movie not entirely sure what to make of it, I had to ask her what she thought of the movie. I kinda expected her to be in love with the movie, as it might have been something she could relate to...the music, the female camaraderie, the party atmosphere, the troublemaking, etc. But surprisingly, she told me she didn't like the movie at all. She told me that she definitely enjoyed the stylism in the movie, the camera work, the dramatic use of droney music, the repetition of phrases, etc, but if you took all that away, the entire movie just seemed to her like a school project. She said it was the kind of story that she would have come up with herself, just to "have fun with her friends and make a movie". I think when she said that, it just made a lot of sense to me. I suspect that the movie was more about the actresses' personalities than about society itself. I do, however, recognize that this is really the first time that the Spring Break migrant party culture was portrayed with real accuracy (unlike movies such as Project X, where the party scene is portrayed with plenty of embellishment), and overall, I have to give the film a lot of credit simply for being unique. Regardless of whether or not I liked it, it was still a film unlike any I've seen before.

Upon further judgment, I definitely think the film has a lot of comedic value. I also think it has a lot of titties. I'll give the movie 6 out of 10 titties.

I think it could definitely be both, possibly the one more than then other. Whether or not it's successful, is debatable but i think it tries to make a commentary, sometimes a little heavy handedly while vague at the same time, for example the first scene(I think), when they're in school listening to a lecture about the civil rights movement. I think it was heavy handed given where the movie goes but at the same time vague because it doesn't concretely say anything.

hate all you want, i think it looks awesome...

Snoogans wrote:Watched Seven Psychopaths twice this week, and I really liked it. I knew a movie with both Christopher Walken and Tom Waits in it would have to be good.

I really enjoyed this movie. I thought it was really damn funny and pretty interesting. It's been awkward though because all my friends that have seen it have hated it except for one guy. I don't know I just thought it was weird the amount of people I know that hated it.

I watched Trace. don't really want to write about it now. maybe I will later.

I really liked Spring Breakers, and I think James Franco was pretty spectacular in it. He should do more movies like that.

i liked pain and gain... i lold... then again Bad Boys II is one of my favorite movies...

I those both look like poop and I'm excited to see them.

The Place Beyond the Pines - was not bad.

Spoiler:
Really disappointed by the villain.

Aftershock - heh. It was entertaining. Things did not occur in the order I expected.

Iron Man 3 was lame. It was also the first movie I've seen in the last month or two.

There were some shot of sequences that were alright, but yeah overall it blew. I'm surprised Chad seemed to enjoy it so much when he went to see it.

Star Trek, awesome! So much action.

Did the other person enjoy the movie?

I want one of those machines where you can watch any recent theatrical release at home for only $500. Having to go to a theater is what keeps me from going to a theater.

Soylent Brown wrote:Did the other person enjoy the movie?

We did lots of heroin and tylenol, so we both passed out on top of eachother during the movie. Essentially paying 33$ to sit in a chair in the dark somewhere while we nodded off....

She thought it was ok

I'm actually excited for some of this early summer shit

Fast 6 was highly entertaining. Some parts didn't make to much sense and were awesome for it, others were men. Great CG.

The Great Gatsby was good